This was the tenth occasion I’ve played the Kidlington Chess Congress: I had a good year last year and was hoping for a repeat performance. As it turned out, not quite as good as last time, but not as bad as That Year We Don’t Talk About (2016). I played some incredibly long games and it was a rather tiring weekend, but enjoyable nonetheless. 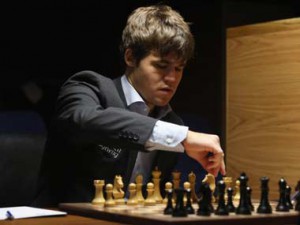 Magnus Carlsen. Not returning my emails.

As it turned out, my grade for the tournament was almost exactly my current grade, therefore my 2 out of 5 score is exactly what I might be expected to achieve against these opponents. The final pretty game helped me view the whole tournament slightly more positively than that, despite a feeling of disappointment at having lost three games. Roll on 2019 🙂

Also available are full results from the tournament and my own annotations for the games I played.