Kidlington Chess Congress 2019: last year I had a lot of very long games, which I found rather tiring but enjoyable. Still, I wasn’t going to complain this year if some of the games were a little shorter. 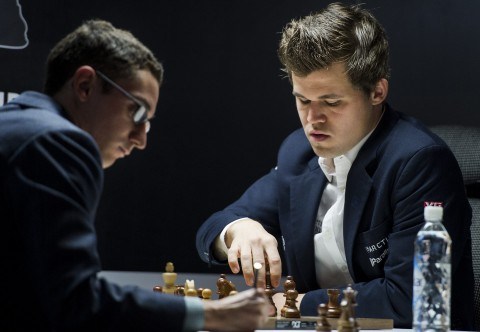 Fabiano Caruana and Magnus Carlsen. Not playing at Kidlington this year, strangely.

Curiously all my points in this tournament came with Black: I scored 0 out of 2 with White, but 2.5 out of 3 with Black. So overall 50% which is my usual target: tournament grade is 160 which is pretty good (above my listed 149 at present).

My own game annotations are now available. Also the results crosstables.