A collection of random observations during our recent trip to Paris… this is not a full write-up of what we did, because that would take too long. Just a few anecdotes, as much for my own memory as anything else.

We went to Paris via Eurostar: train from London St Pancras to Paris via the Channel Tunnel, which took 2.5 hours. We measured the speed of the train using the GPS on a mobile phone, top speed was 189 mph (over 300km/h) and it cruised for prolonged periods at above 170 mph (273 km/h).

When we appeared on the French side of the tunnel, there was an amusing moment as almost everyone (us included) got their mobile phones out to ensure that they’d reconnected successfully to the French networks. All good, even though my phone defaulted to using the “google.fr” search engine instead of “google.co.uk”!

After arriving at Paris Gare du Nord (which is just like London Paddington except with more Gallic shrugging and less tea), we got quickly to the Paris metro (underground), greeted almost immediately by these easy-to-translate adverts: 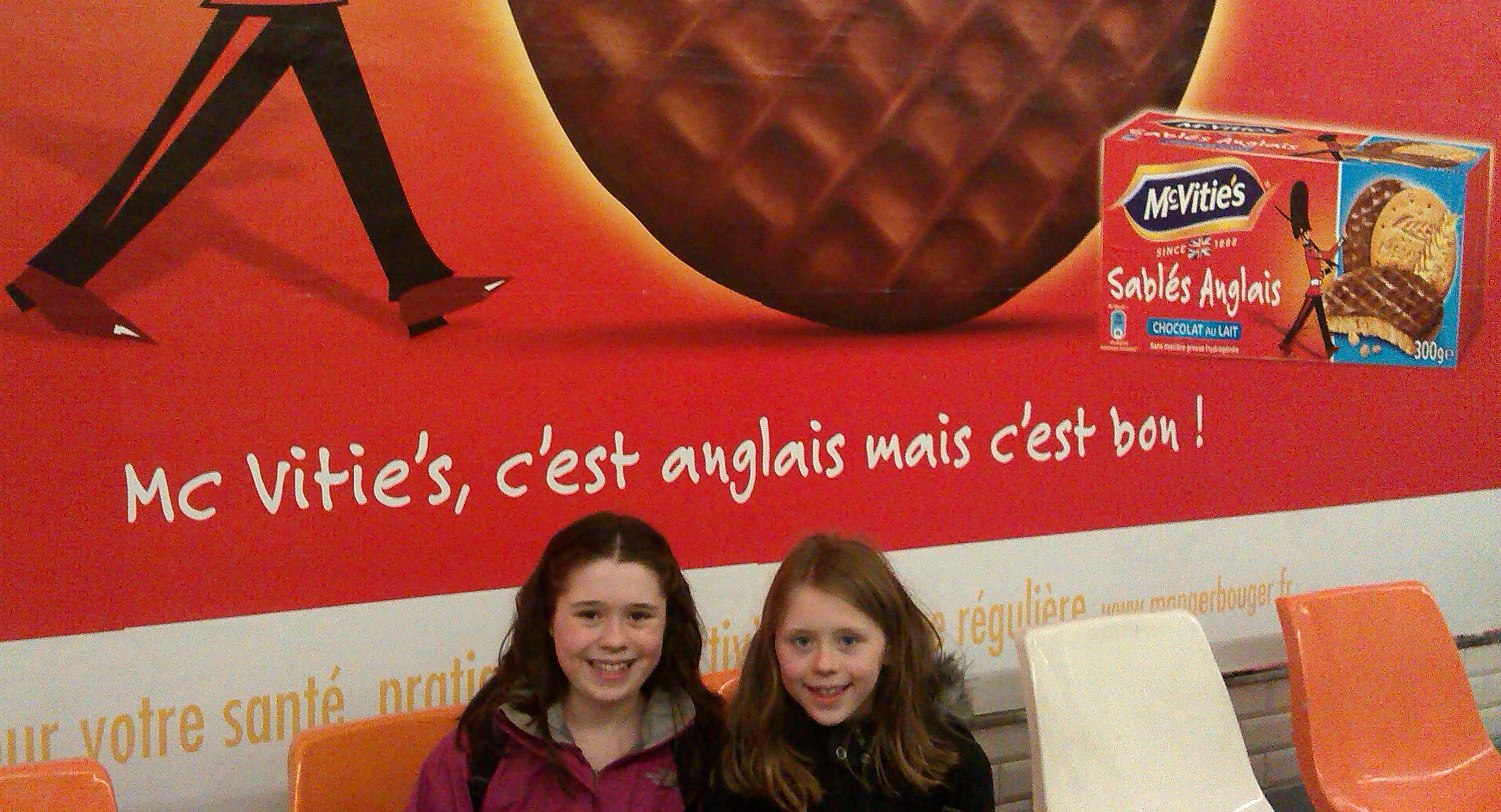 The metro was easy: very ‘familiar’ to anyone who has used the London Underground. There were occasional buskers, predominantly traditional French accordion players. This became a bit much later during our stay and prompted one of my charming daughters to proclaim “I want to punch him”, thankfully out of earshot of the musician and everyone else!

Our apartment had a Boulangerie/Patisserie just 30m from front door. This could have been rather dangerous, diet-wise, but we largely resisted.

The rest of the family were generally relying on me to converse with the locals: I think I did pretty well on this front. On our first afternoon, I had a long conversation with a shop owner; she got her speech slowed down to a suitable speed for me to follow, which was a good confidence booster. I also, on more than one occasion, answered questions from (French!) travellers on the Metro regarding directions and so on. And I never accidentally ordered a wardrobe or a giraffe in a restaurant, so that’s something.

Paying for stuff by credit card: the payment consoles sometimes had prompts in English, but usually in French. The prompts for “Insert card”, “Please wait” and “PIN OK” were replaced with equivalents, e.g. “Patientez” instead of “Please wait”. The French appear to have settled on “Code Bon” as their equivalent of “PIN OK”: I like this phrase and we began using it as a general term of approval for things we liked. e.g. “This croissant is delicious. Code bon!”

We took a trip up Montparnasse tower, which gives an excellent view around all of central Paris. There’s a small café at the top and, foolishly, I asked if they had tea. “Avez vous du thé?” The server assured me that she did and … well, you all know where this is going don’t you? 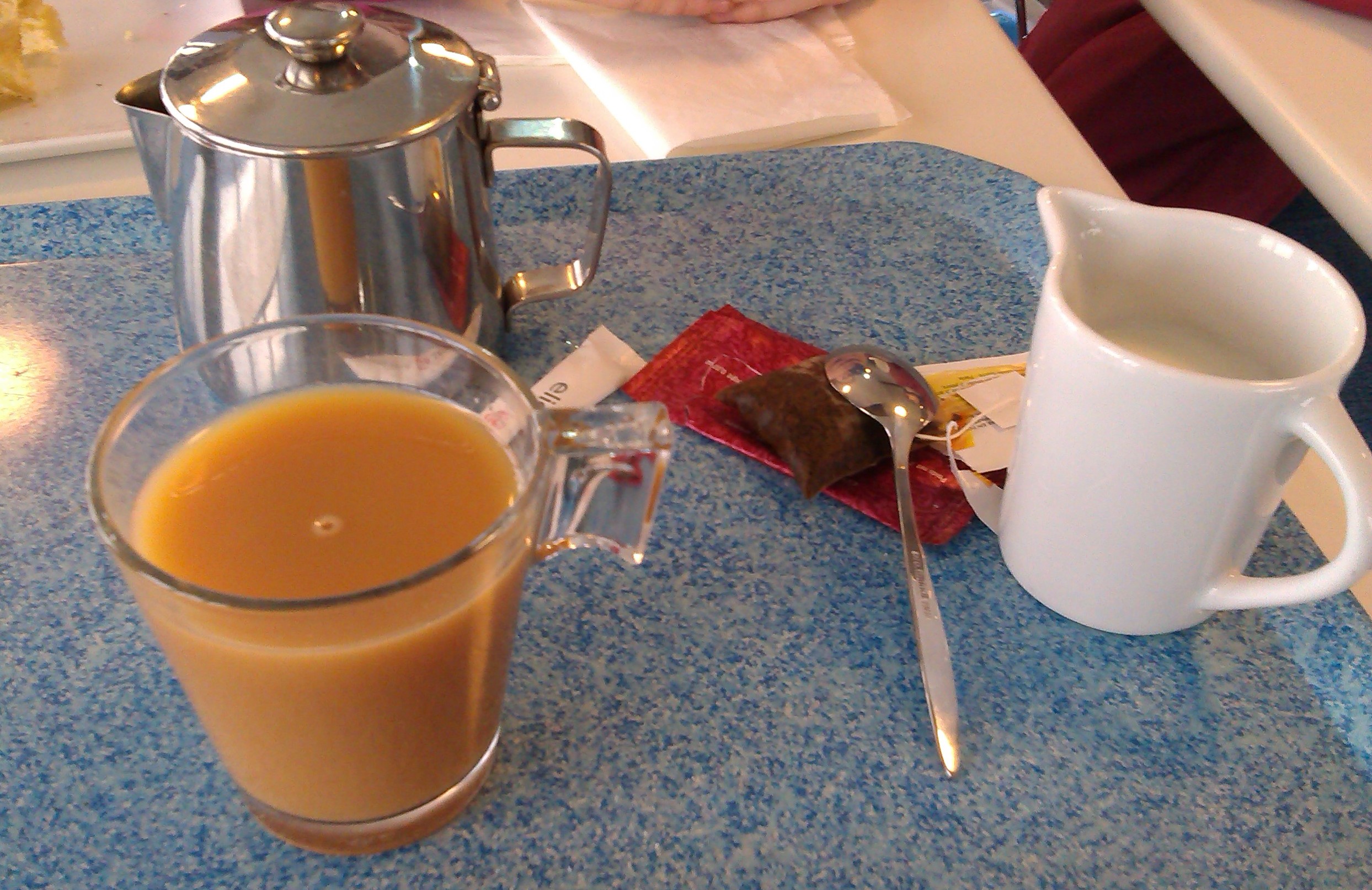 Proper tea: boiling water; French tea: moderately warm water. Proper tea: proper tea bag; French tea: plastic tea bag; Proper tea: fresh milk; French tea: UHT milk. I am reminded of a quote from the magnificent Douglas Adams in ‘The Hitchhiker’s Guide to the Galaxy’ where a vending machine “delivers a cupful of liquid that is almost, but not quite, entirely unlike tea.”

And in a glass mug? No-one uses those unless you’re in an advert for water filters or you wear orange sunglasses while typing on a Macbook.

If “Avez vous du thé?” had been met with “Ah, non, monsieur” it might have saved everyone the trouble.

Oh, and one final thing. Coca Cola Light is not Diet Coke. Not in the French or any other universe.